Graham Stamping needed a single unified system that could take in both front office and production floor data, integrate and make changes instantly, without sacrificing visibility

Numerous pieces of handwritten information and documentation from the shop floor needed to be hand-entered, checked, and modified to reflect the orders and raw materials present in the system. Besides the manual data transcription, the system required constant monitoring by knowledgeable, watchful eyes. Those belonged to the tireless team of Patty McGranahan, materials manager, and Nancy Kefurt, shipping clerk/secretary.

In 1999, Graham Stamping installed a system to collect data from the production floor; four terminals with keyboards and two line displays, connected to barcode printers. The terminals were controlled by a single PC located in Nancy’s office.

Graham Stamping needed a single unified system that could take in both front office and production floor data, integrate and make changes instantly, without sacrificing visibility to Patty and Nancy. They needed to know when circumstances changed so they could quickly respond to their customers’ needs.

The authors of the DOS system were contacted to see if they could upgrade their system to accomplish this, but the project was out of their scope and far beyond the budgetary requirements for Graham Stamping. 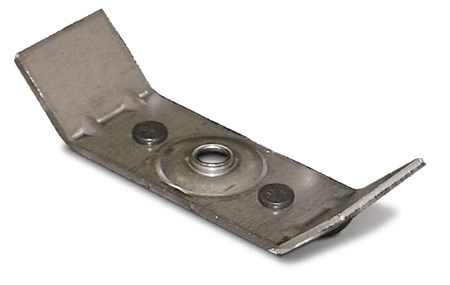 Graham Stamping Company was founded in 1949 and specializes in progressive and compound die technology and supplies drawn, formed and flat application stampings to the automotive, construction and mining industries.

Armed with only the basic documentation for the production floor system and no documentation other than the program itself, Travis Gibson, programmer at Rice Lake went to work on a solution. Travis needed to produce not only a documented picture and scope of the system, but also an implementation that would take into account all of the present requirements, including current ongoing manual data manipulation.

After a few site visits and many emails, the program began to take shape. Individual modules including shipping, receiving, raw materials, and administrative tasks such as order entry, materials inventory, and materials quarantining were sent to Graham Stamping for Patty and Nancy to review. Travis made revisions and the final installation was completed in February 2008.

Now Graham Stamping has a true Client- Server system that includes all of the functionality of both previous systems. The system is ported to a Windows-based Client Server configuration including a SQL server system running in the office, and four clients running in the receiving, work in-process at two production floor areas, and finished goods.

These systems also interface with a scale in finished goods, and barcode printers in all four client installations that print labels and tags for in-process raw materials and finished goods.

In addition, shipper documents, reports, bills of lading, and invoices are printed on the same multipart forms that were being used in the previous system. Personnel simply log into a system, enter their passwords, and are directed to appropriate areas of the system. They complete their tasks quickly and efficiently — with no handwritten reports to lose or decipher.

The system is designed to mimic the previous system making it instantly intuitive to all operators. Training was minimal. The system is also easy to modify to meet new requirements as they arise. Future additions include the ability to print all multipart forms on standard inkjet printers using multiple copies, saving printing costs. Today Graham Stamping is a state-of-the-art facility that uses the latest software. Rice Lake Weighing Systems is proud to be a small part of their continued success.