It would seem that in the case of shrink, he who has the scale is in control of the transaction. Most people think they can’t afford to buy a scale like this. But when you get right down to it, what most people don’t realize is—they can’t afford not to.

Many moons ago, between Yellowstone National Park and the great Rocky Mountains, the Yellowstone river carved out a canyon for Billings, Montana. At just over 150,000 people, Billings is the largest city in big sky country, where blue jeans and belt buckles meet big-city business, and sometimes are one in the same. Today, the Yellowstone is the lifeblood of Montana’s cattle country, irrigating farm fields and breathing life into an otherwise harsh, but breathless landscape.

It’s here where we came to visit one of the most successful livestock-scale dealers anywhere, Western Ranch Supply (WRS). They sell everything from boots and spurs, saddles and ropes, to branding irons and veterinary medicine, livestock feed and squeeze chutes…and yes, even scales. WRS is the one-stop-shop for everything a Montana rancher needs.

One of WRS’s longest running employees and now co-owner, Rob Erickson, is a real life cowboy and one heck of a salesman to boot. In his younger days Rob toured the country in prorodeo circuits. He worked his way through college, majored in veterinary science, and spent the better part of the last 30 years putting all that experience to work at WRS. “A scale is one of the more fun things I sell because I know it’s going to make the rancher money,” he says. From the top of his hat to the bottom of his boots, he’s just that confident about it. Because in the cattle business, if there’s one thing you can always put your money on, it’s shrink.

In the business world, inventory shrinkage, or “shrink” for short, is what is lost between the point of manufacture and the point of sale. It could be damaged goods, misplaced inventory, or any number of things. More shrink equates to less profit, and vice versa. In the livestock world, shrink is much the same. Cattle leave the seller weighing a certain value, and without fail, arrive at their destination weighing slightly less. It’s the unavoidable side effect of moving cattle from place to place, or stressing them for any period of time.

Cattle are born in spring and weaned in the fall, by that time weighing up to 600 pounds. Fully grown, beef cattle may reach as much as 1,400 pounds. They’ll be sold and transported several times throughout that life cycle, each time by weight. And because digestive-system contents account for as much as 10 to 25 percent of an animal’s live weight, understanding the economics of shrink can be critical to a rancher’s bottom line.

In some cases, animals can be prepared for sale by keeping them in a dry lot overnight, without food or water. In others, a percentage is applied at the time of sale. This value, termed ‘pencil shrink,’ is an agreed-upon percentage between the buyer and seller that takes into account the “fill” of the animal, usually 2 to 3 percent.

However, depending on distance, weather, stress, and other factors, actual shrink is typically closer to 7 or 8 percent when transported to a scale offsite. That’s why a scale at the point of origin can be so beneficial for both the buyer and seller, and why for Rob and WRS, Rice Lake’s Legal for Trade MAS-M is such an easy sale. “Let’s say I’m going to pay you $1.60 a pound for your calves, and I’m going to take a 2 percent shrink off the top, because you have a scale and they’re weighed at your farm, not somewhere else. I could take them to town and weigh them there, but for you, it is way better to weigh them here and lose 2 percent than to take ‘em to town and lose seven. You’re making five percent.”

“A guy came to me and he had some cattle to move just one time, so he just wanted to see if I would rent him a scale. He had 600 head at 900-plus pounds each and he had to haul them 30 miles. So I asked him, ‘What do you think they’ll lose?’ He said, ‘Seven or eight percent.’ And I said, ‘You’re right.’ So we calculated it out, and at $1.25 a pound he was going to lose $46,000 dollars hauling those cattle just 30 miles. In his case, he could buy that scale outright, use it once…and still come out ahead.”

Rice Lake’s MAS-M is the only portable livestock scale in North America that can be used for this purpose, because of its Legal for Trade certification. Each 18 x 8 foot scale that Rob sells can be hitched right to a pickup, driven to the point of sale, and set up in minutes to hold anywhere from 15 to 20 head at a time.

“This is an interesting story because it sold a scale for us. We had a customer that had over 400 head of calves he’d taken to a neighbor to weigh. The scale wasn’t the problem; it was the gates around it. The wooden gates around the scale were a little loose, and one of the last calves through was a little wild and kicked the gate off the hinges, so the last four calves got in with all the calves that had already been weighed. So the buyer said, ‘We don’t know which four calves those are that need to be weighed, so we’re going to reweigh them all.’ By the time they were done reweighing them all, they’d lost 35 pounds per head in shrink. With 400 head, he could have given away those four calves and made money. He ended up buying a brand new scale, because he said that was never going to happen to him again.”

It would seem that in the case of shrink, he who has the scale is in control of the transaction. That holds true even for a broker that travels farm to farm buying cattle. Rob tells us that most people think they can’t afford to buy a scale like this. But when you get right down to it, what most people don’t realize is—they can’t afford not to.

Maybe it’s his grin, or the dust on his boots, or the belt buckle that says “All Around Cowboy.” But if Rob Erickson can’t talk you into buying a Rice Lake livestock scale, then it can’t be done. “One of our largest customers came in yesterday morning, and as I was waiting on him I asked him, ‘Our Rice Lake scale people are here this week, do you have anything you’d like me to talk to them about?’ And he says, ‘Just tell them I can’t live without it.’” 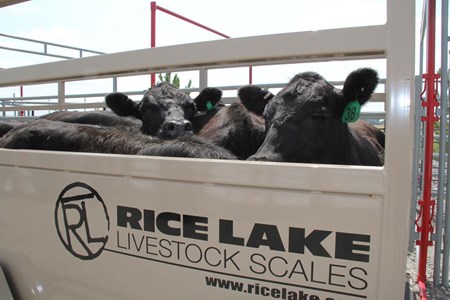 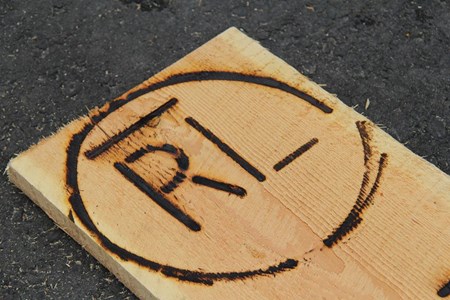 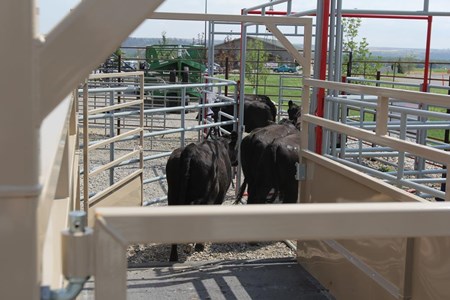 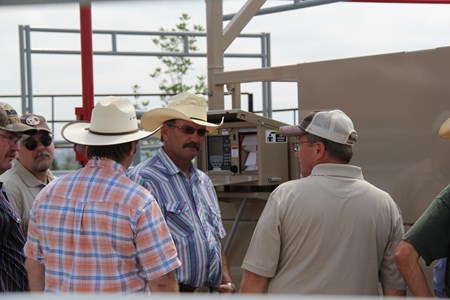 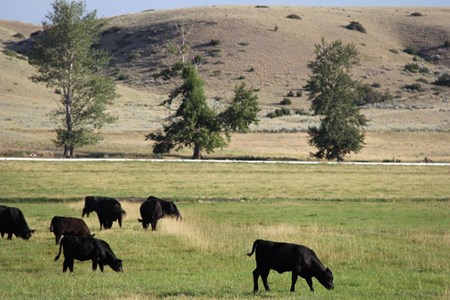 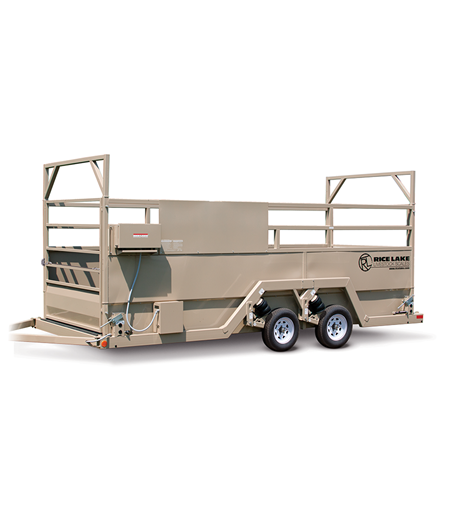 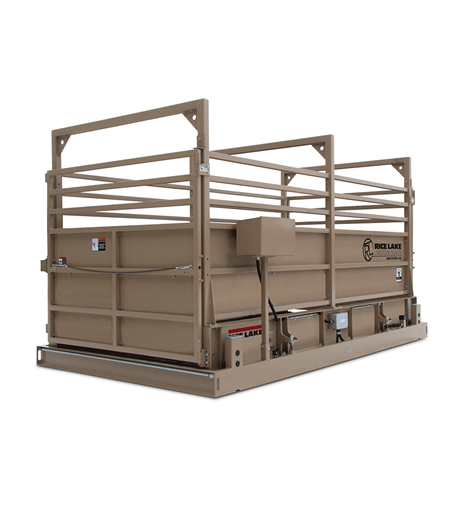 The MAS-LC provides reliable, accurate weighing for ranchers and processors that prefer a load cell based weighing system.