Tignish is said to be the windiest spot in Canada. The 820i and BenchMark provide accurate weighments of lobster, crab, mackerel and tuna in this harsh environment.

Tignish is a small fishing village located at the rocky and rugged northeastern tip of Prince Edward Island and is said to be the windiest spot in all of Canada, as attested to by the wind farms along the way.

Any scale equipment in this environment takes a lot of abuse and severe weather. Crab pots weighing three to four hundred pounds are carefully placed, but sometimes dropped, on the scale platform, along with fish slime and ocean brine.

Jeff Hogan, weigh master at the L&S buying station, says, “The scale program was designed by Mari-Tech and written by Rice Lake. It was easy to learn and the Rice Lake 820i™ controller and BenchMark™ scale system is accurate and dependable.” The scale system is the cash register for hundreds of private fishing boats arriving with payloads of lobster, crab, mackerel and tuna. When you consider it can take a 20-hour fight to land a 1,400-pound Blue Fin that brings $18 a pound, you want every ounce recorded and accounted for.

Gerald tells us that the Canadian Department of Fisheries and Oceans (DFO) has also contributed to his busy schedule. “In order to keep better track of quotas, the DFO gave these buying stations two weeks to install
Legal-for-Trade weighing equipment that would display and record individual weight, and accumulate weight totals for each fishing license. Some of the docks got reprieves, but eventually every buying station will need traceable weighing equipment.”

Gerald gives credit to Rice Lake’s inside sales department for helping him meet promised delivery dates. “Wendy Carlson has been a shining star to us at Mari-Tech,” in Gerald’s estimation. “She never lets us down. She never says ‘That will take two weeks.’ She says, ‘That would normally take two weeks, but I’ll see what I can do to get a better ship date.’ Once, I ordered online five cases of CW-80s and mistakenly asked for UPS™ Ground. Wendy called to tell me it would be better to put the order on a pallet and send it freight forward. She has saved Mari-Tech money many, many times.”

Wendy Carlson, who has been with Rice Lake 15 years, says, “Gerald and the gang at Mari-Tech are great to work with. Getting Gerald’s equipment shipped by the most economical method is just part of my job. We know how important it is to Mari-Tech to get their order when they need it, especially if they are in a critical season on products such as seafood. We always strive for the best ship date if an item is not in stock. From the time the order is placed, through the manufacturing process and shipping, we all know the customer’s urgency.” 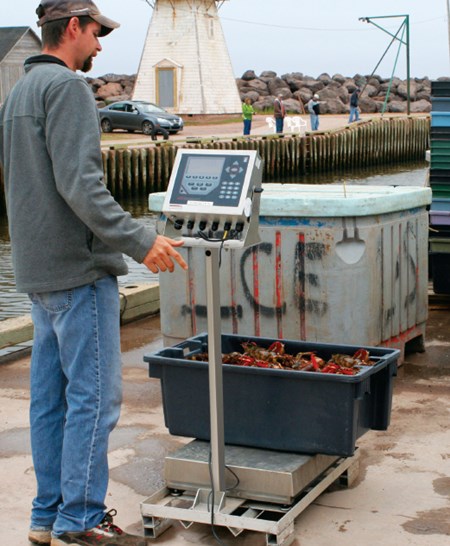 Buying stations had two weeks to install Legal for Trade weighing equipment that would display and record individual weight, and accumulate weight totals for each fishing license. 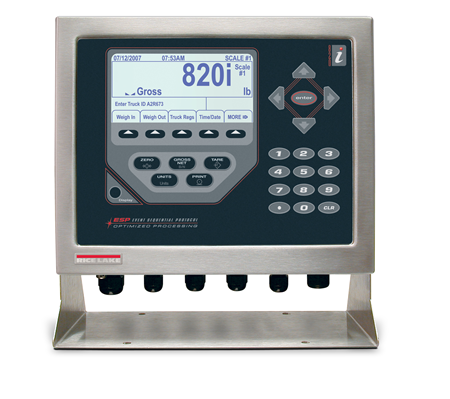