A marriage between two technologies triggers the merging of knowledge and joining of forces by two technical strangers assigned to the same task.

Greg works for a dog food processing manufacturer and has been there 12 years. He maintains the PLC systems that run all the processing lines to mix and bag the products.

These men have never met before, and they really don’t understand each other’s skills. They have been tasked with converting all the scales in the dog food plant to a system that allows the PLCs to directly communicate with the scales at the various locations of the process.

There are four older hopper scales that are used to visually monitor the inventory of the ingredients required to process the food products. Two more scales are used on the lines to verify the final mixed weight so the product can be properly labeled for retail sale.

They need to determine which PLC network to use and how to set it up. They have an Ethernet® network but their older PLC won’t support EtherNet/IP. They could run a separate network just for the factory and connect the two PLCs with the scales. The 920i as one unit can handle six scales, so the cost of a new network can be offset by the use of the single 920i to replace the existing six scales. DeviceNet® is the chosen network.

Bob decides he can install one DeviceNet option card in the 920i that can read all six scales.

Greg decides all he needs to do is add one DeviceNet scanner card to each of his PLCs and each PLC can then access each scale.

Each of the three units needs a NODE address. PLC 1 will be NODE 0 and PLC 2 will be NODE 2. This leaves the 920i as NODE 3. There are switches on the DeviceNet Option card just for that purpose. All other parameter details will be handled automatically by the 920i. Bob wants to learn more from Greg, so he sticks around.

Greg decides to write a new subroutine just for the DeviceNet operation in his PLC software.

He realizes, after experimenting, that on every scan of the 920i, he can select the scale, read the gross or net weight, monitor the in-motion bit, monitor any errors, and then use that data to adjust his dog food process lines.

The DeviceNet scanner card reads and writes four words in and out, so a scan will send four words that will include the command, (word 1), and the scale number (word 2). Words 3 and 4 would be used for any data needed on a data transfer if the command needs them.

The Input words echo the command (word 1) and send status of the command including the In-motion bit (word 2) and the weight data (words 3 and 4, with word 3 as the least significant value).

The gist of this story is the ever-popular idea of a marriage between two technologies, which triggers the merging of knowledge and joining of forces by two technical strangers assigned to the same task.

Editor's Note: As the scale industry grows alongside the process industry, the fine line between the support of each system disappears. 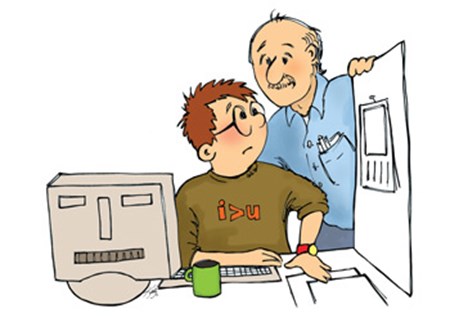 DeviceNet Interface for internal installation in 720i, 820i and 920i digital weight indicators.