Nestled between the mighty Pacific and the Bering Sea rests the great state of Alaska, named for an Aleut word “Alyeska,” meaning ‘that which the sea breaks against’. While Alaskans rely on the sea and the land for survival, the world relies on their number one industry—fishing. Commercial fishing has long been considered one of the most dangerous jobs in the U.S.

It was here, in the Pacific Northwest waters near southeast Alaska, that Cheyenne Scale owner and operator, Cheyenne Humphries, learned the value of hard work and entrepreneurship. At age 15, Cheyenne’s parents allowed him to use the family troller to brave the dangerous waters and fish for Alaska’s economic staple: salmon. Picking up many bottom fish along the way, Cheyenne was able to sell the extra to local restaurants, and keep the profits in return. He discovered that serving the fishing industry was something he wanted to do for the rest of his life, and it is what Cheyenne Scale has been doing for nearly 20 years.

Throughout Alaska and Washington State, Cheyenne, along with his daughter and team supply scales to all process stages of the commercial fishing industry, from tender boats to canneries. Rice Lake Weighing Systems’ Measurement Systems International (MSI) brand of overhead weighing products are designed and developed in Seattle, allowing a long working relationship with Cheyenne. In their lifetime, Cheyenne Scale and MSI have witnessed the ebb and flow of many fishing seasons particularly that of the salmon harvest. Through new technology and comprehensive understanding of the salmon runs, unprecedented numbers of fish are now harvested from the Alaskan and Pacific Northwest waters year round. In fact, according to the Alaskan Department of Fish and Game, the 2013 Alaskan salmon harvest set a new record at 272 million total fish harvested, which is good for everyone—unless you are a fish.

With so many fish to catch, commercial fishing operations need to offload fish quickly and get back out to harvest. That’s where fishing tenders come in. These large boats are assigned to transport people, supplies, or in this case, fish, from ship to shore in all conditions—turbulent salt water, icy sea air, bitter wind and driving rain. Strategically located between the fishing grounds and harbor, tender boats buy the catch from the fishing boats and resupply them with fuel. According to Cheyenne, “These fishing boats pack 15-25,000 pounds and want to turn around as fast as possible. That’s the tender boat’s purpose—to get the doggone boats back out fishing again.” Accurately weighing and documenting the catch to credit the fishing boats requires a scale that can not only thrive in any condition, but quickly provide an accurate weighment and collect specific data such as salmon species. Enter the reputable MSI-4260 Port-A-Weigh and MSI-4300 Port-A-Weigh Plus crane scales. 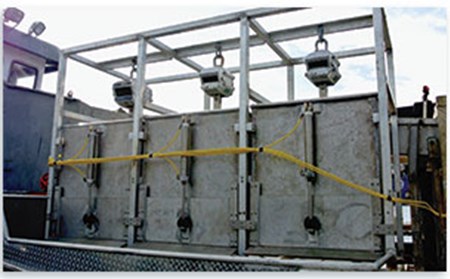 The tender boats take delivery by lowering a crane with a Port-A-Weigh scale attached to a hook that lifts up the fish, and dumps them into the cargo hold of the tender. The fish are weighed as they are transferred over, and the catch is recorded either manually or by data collection software. Typically, one of the fishing boat deckhands on the tender boat monitors the offload by writing down the weights or receiving a printout. This process is repeated until the fishing boat is empty, taking one to two hours for one boat. Occasionally, the canneries will also have a quality control person onboard the tender to test a certain number of fish for quality and temperature.

The fishermen are paid based on species and volume of salmon, so the salmon species are sorted into different hoppers. Tender boats can have up to three hoppers; the main volume is usually a 3,000-pound hopper, and the sorter hoppers hold anywhere from 500-1,500 pounds. Deckhands are stationed at the sorting table dividing the salmon by species as they go by on a conveyor belt.

When full with 80,000-350,000 pounds of fish, the tender boats quickly return to the fish plants; Cheyenne especially appreciates the Port-A-Weigh’s durability at this time in the process. “When the tender boats are running, a lot of them don’t take the scales down out of the hopper system. So you have the hopper swinging, in the frame, pushing and pulling on the scale the whole time and the scales stand up very well.”

Back at the fish plants, the tender boats tie up to cannery-specific docks and deliver the salmon through large flexible tubes inserted into the fish hold. The tubes suck up the salmon like a giant Shop-Vac®, directly into the cannery for processing. Tendermen have to get down into the hold and shove fish toward the suction tube or start pitching fish into a bucket. Once off the vessel, the product goes directly into Refrigerated Sea Water (RSW) tanks or another hopper scale system inside the plant, usually consisting of a main hopper with five to six sorting scales. The fresher the fish, the better the end product. Cheyenne recalls just how fresh some catches are upon return, “I had a phone call this summer from a guy with scale issues. The fish were so fresh that they were pumping them alive and when they hit the hopper, the hopper wouldn’t settle down because they were flopping around. That’s how fresh they were.”

Once the offloaded product is further sorted inside the canneries, the ratio of actual product to debris and water can be calculated. Typically, canneries have a 1.5 percent tolerance within the tally for shrinkage within each delivery. Loads may be full of kelp or jellyfish depending on the season, or the tender’s hopper may not have adequate water drainage. If the canneries are buying water, kelp, jellyfish and other debris instead of salmon, they usually won’t tolerate it for very long. They quickly jump on these tenders and tell them they’ve got to do something with their hoppers to decrease the water shrink. As far as the kelp and jellyfish, that message goes back to the sorters and fishermen. As tough as MSI scales are, the fishermen and sorters have to be just as tough. Cheyenne recalls those days as a fishermen. “I hated jellyfish when I was a fisherman. I just hated them. You get tangled up with jellyfish and your skin just burns. You’ve got to dress for battle with those things.”

These days, Cheyenne dresses for service and speed. Providing timely service is critical to both Cheyenne and the industry, and his efforts are catching on fast. Cheyenne Scale has approximately three to four scales on over 150 fishing boats that are currently on the water in addition to more than 350 MSI Port-A-Weigh scales currently in house. To say Cheyenne is a fan of the Port-A-Weigh is a serious understatement. “It is a bulletproof scale. The Port-A-Weigh is such a great product, and it has been a great scale to maintain. We have a great working relationship with MSI. I’m glad to be a part of that.” 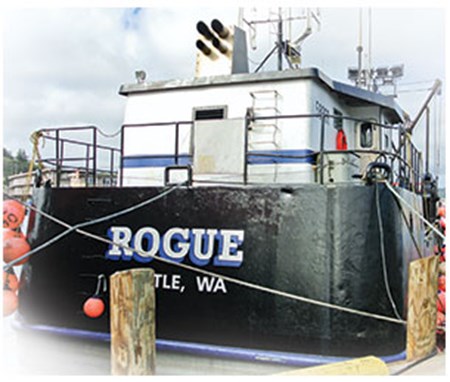 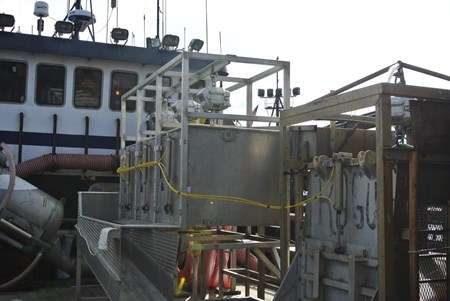 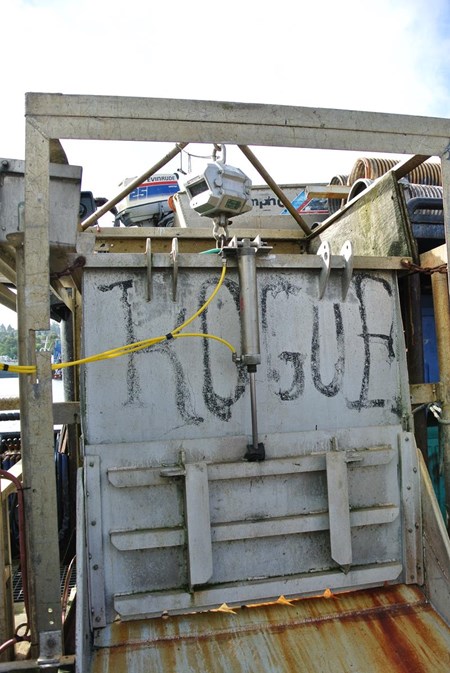 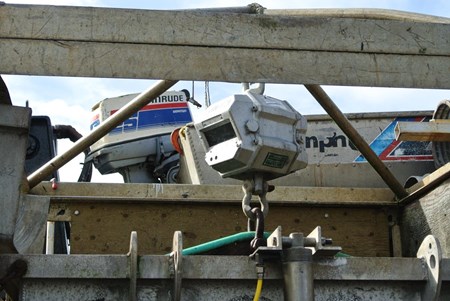 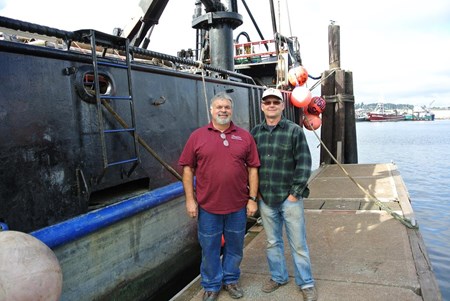 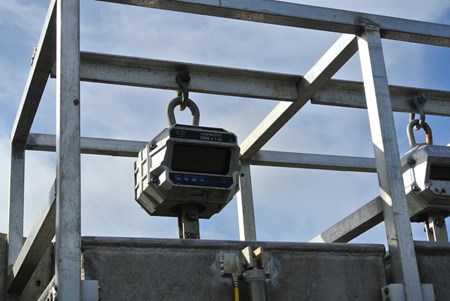 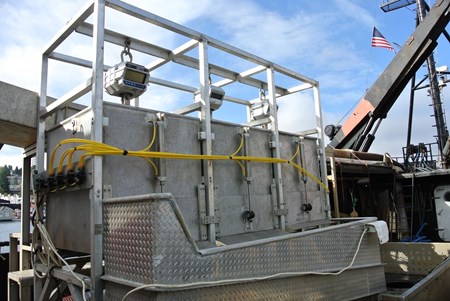 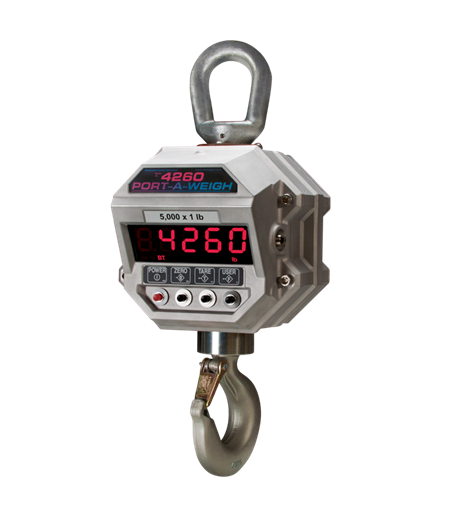 For medium- to heavy-capacity and duty-cycle needs, the MSI-4260 Port-A-Weigh & MSI-4260 IS Intrinsically Safe Crane Scale have an established reputation as the industry standard in overhead weighing. 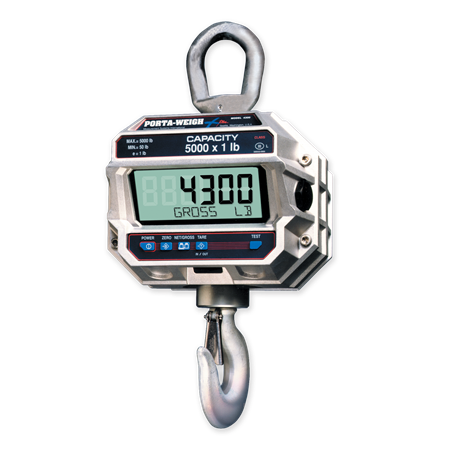 The MSI-4300 is a digital crane scale for medium to heavy capacity overhead weighing in fishing, marine and industrial crane scale applications.