Murray’s Chicken uses Progressive Scale’s “Provision Processing System” with the 920i running the majority of their production. They have had unprecedented uptime since its installation.

John Russo Sr., founder of Progressive Scale & Software Solutions, Bethel, Conn., has been a scaleman for 37 years. He and his son, John Russo Jr., recognized the capabilities of Rice Lake’s 920i indicator early on. In fact, they now have a staff of programmers and offer programming services to other scale dealers at www.scaleprogrammers.com.

Progressive Scale has developed the “Provision Processing System” using the 920i and a full-service barcode order entry, fulfillment and shipping system that interfaces with an invoicing program and integrated scale system for meat and poultry processing plants.

“Customers love the system,” John Sr. says. “With the 920i in control, it can do anything from data collection, barcode label printing, to full batch controlling and recipe mixing.”

John Sr. is taking us to see the Provision Processing System in action at Murray’s Chicken. We drive west through the Catskills to the rural mountain village of Fallsburg, N.Y., where Murray’s poultry processing plant processes 50,000 organic, humanely handled chickens a day. “Murray’s system started out basic and grew,” John Sr. says. “Murray’s order entry system was first developed about eight years ago as a small stand-alone system. The system they have now is the third generation. Today, it is three separate scale systems; sorting, pre-pricing and production, all hooked to the 920i. They have seven PC stations controlling order entry and billing, two PC stations in process shipping, and eight 920i stations, with wired Ethernet, which are weighing and labeling. Another 920i controls the pre-pricing labeling system.”

At Murray’s Chicken processing plant we meet Dean Koplik, vice president of operations, and Brian Kessler, director of information technology. Brian issues us sanitary jackets and hair coverings and takes us on the grand tour.

“Our biggest challenge in this facility is water. Everything has to be watertight and foolproof,” Brian says. “When I started working for Murray’s in 2000, the company had two PCs peer-to-peer networked for order entry and shipping, six scales and a Rice Lake IQ plus® 710. After Progressive Scale trained me on programming, troubleshooting and repairing the scales, we began upgrading.

“In 2003 we had to meet the newest USDA traceability regulations. Progressive Scale showed us how the 920i could meet and exceed USDA regulations. At first, it was six 920i s, with stand-alone scales with internal databases,” Brian recalls. “On a weekly basis, I would take a laptop and hook it up to the scale and download all the information; scale ID, product ID, weight that was printed, actual weight (for catch items), lot number and serial number that was assigned to that case.” (Catch weights are when a case needs to have a fixed weight. The weight on the case gets rounded down to that number as long as the actual weight is more than the catch weight.)

“We knew we needed to concentrate on our waste and loss,” Brian explains. “For example, we were selling a 40-pound box catch weight item to a customer, but they were actually getting 42 pounds. We found that the scale operators were giving away two pounds or more with each case. John and I improved the scale software so they had a tolerance of a quarter pound over, and never under, a quarter pound. (USDA regulations do not allow for underweight, only overweight.) This change decreased our loss and gave us a dramatic revenue increase. 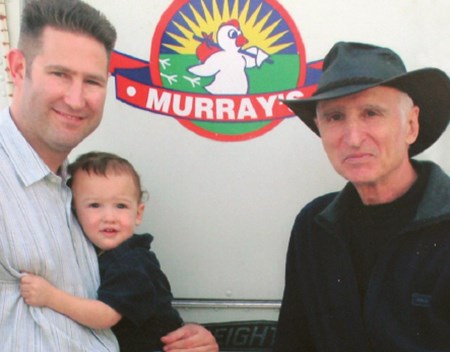 “The 920i enabled us to zero in on areas where spoilage was being generated — in boxes, bag to line boxes, ice, dry ice, etc. We could find areas where we needed to improve production to decrease man hours,” Brian continues. “We found that one shift was producing more per hour than the other shift. The 920i system also enabled us to do a recall, if needed, because serial and lot numbers were being generated. We were able to generate reports on high selling items and average cases made weekly. This data is indispensible.”

Orders are entered using a PC tied to a SQL server. The orders contain information such as the shipping method, address and date, PO, delivery date and order notes. This information can be printed out for shippers or sent to a portable handheld device. Shippers fulfill the orders by using handheld wireless scanners and a PC or portable wireless device. Fulfillment is done by scanning cases previously labeled by the 920i scale system. Each case has a unique serial number that helps prevent double scans and improves tracking for USDA purposes. Each case is removed from inventory and sent to the invoicing program. Multiple orders can be fulfilled simultaneously, and the system can be interrupted for rush orders, and then returned to the original order. The end result is a shipping manifest with product IDs, individual weights, and order and skid information. Each 920i is tied back to the SQL server via Ethernet connection. The handler enters a product ID and the SQL server responds with all information about that product. Any catch weights are handled by the scale.

John Jr. adds, “Every half hour the scale automatically creates a new lot number. This prevents the operator from having to remember to change lots. The operator prints a label, but is prevented from double printing or printing additional boxes without removing the previous box. Each case label is sent to the SQL server and recorded as an inventory (IN) transaction. Serial numbering is handled by the SQL server to be sure that there are no duplicates.”

Next we go to the sorting line. Brian recalls, “Before this overhead rail sorting system was installed, we had an electromechanical system that broke frequently. Parts were hard to get, and product was not sorted very accurately, even when the system was working properly. Progressive Scale converted the mechanics to electronic and developed software that accurately weighs the chicken in motion on the rail. The system is much faster and far more accurate.”

Fulfillment is done by scanning cases previously labeled by the 920i scale system. Each case has a unique serial number that helps prevent double scans and improves tracking for USDA purposes.

The wall-mounted 920i is connected to five separate dual load cell weighing modules, and the Ethernet connection goes back to the SQL server. The operator selects the grade setup from a database in the scale and starts the overhead chain. The chickens are weighed in motion, a relay kicks when the grade is correct and the chicken falls into the appropriate bin. Information on average sizes and counts is displayed on the scale and also sent back every 15 minutes to the SQL server.

In addition to traceability, the redesign allowed Murray’s to track current inventory and create reports that drilled down to how many cases, or pounds, were throughput for any specific time of day, in each department, for an entire shift or entire day, plus the number of pounds or cases specific customers receive in any time period. With eight on-board databases and optional memory, the 920i can support a wealth of information.

Brian is very pleased. “All these items are tied together and the majority of the information comes from the 920i. In addition, Progressive Scale designed it so that we were able to do invoicing straight from order entry, right into QuickBooks®. This saved many man hours on billing. This part has been very valuable.” Murray’s system still had room to grow. Brian adds, “In 2006, we contacted Progressive Scale again for a pre-pricing system. The system we were using was constantly breaking down due to water and moisture issues. Within 36 hours we had a pre-pricing system that is based on the 920i and to this day we have had no problems with it.”

At the end of our tour, we turn in our very wet gear, and Brian sums it all up. “The conclusion is the 920i is the most universal system I have seen and had the chance to work with. I personally will recommend the 920i, Progressive Scale services and programs to everyone. The 920i has prevented loss and spoilage, and increased our business in sales and customer satisfaction.”

On the way back to Bethel, we ask John Sr. to tell us about some of the unusual applications where Progressive Scale has used the 920i. “One was an application where they made manhole covers. They had a fixture that pumped water down a model street and the 920i tracked the amount of water flow into two catch basins over a given time and stored the data in a spreadsheet. Then there was a company that bought and sold elk antlers. They used the 920i to weigh and grade the antlers, and print a barcode label.

“At a Connecticut-based switch manufacturer, the 920i was networked with operations in Hartford, Texas, Mexico and China. The switch manufacturer could support the scales and collect data in China without having to make a phone call. We also did the same for a plastics manufacturer in Erie, PA. They have more than two dozen indicators networked back to an Oracle database.

“We had another interesting application for the 920i in Canada where they were processing herring roe,” John recalls. “They had three production lines with 60 to 70 people cutting fish open and putting the eggs on a conveyor. The 920i weighed and graded the roe into two classes using a colored card with an employee bar code. Then the 920i deducted 10 percent of the weight for water, and gave each person credit for the class and weight of the roe. The weight had to be absolutely accurate because the workers were paid by the pound.

“When these unusual applications come up, we know we can get support from Rice Lake,” John Sr. reports. “Don Fiedler, (Rice Lake senior programmer), really helps us out. He knows all the nuances of the 920i. We call him up and ask him how we can do something, and he knows a way. That makes the 920i easy to program for any application we come across. Some other brands of indicators have sub-routines. But you call the company with a question and nobody knows anything about it. If we have a question about Windows-based programming, we call Travis Gibson, (Rice Lake software engineer). Same deal. We get the answers we need. I would say Rice Lake has an exceptional service and support team.”

As for Murray’s Chicken, Progressive Scale’s “Provision Processing System,” with the 920i running the majority of their production, has now had 100 percent uptime for over a year and a half. Progressive Scale hasn’t made a single service call in all that time. 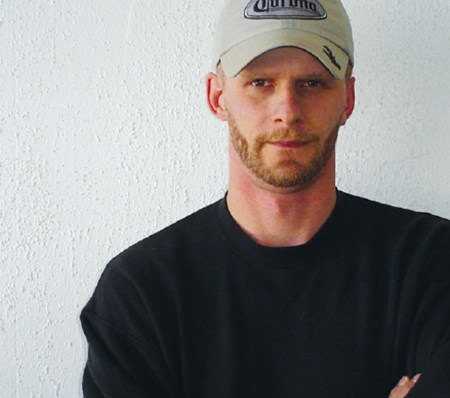 “The majority of the information comes from the 920i. In addition, Progressive Scale designed it so that we were able to do invoicing straight from order entry, right into QuickBooks®. This saves many man hours on billing.” --Brian Kessler, director of information technology