Over the past quarter-century, Industrial Training International (ITI) has been recognized by clients and competitors alike for having an innovative and pioneering attitude toward training, and for having raised the current levels of instruction for cranes, heavy equipment, and rigging. ITI’s belief is that people have a greatly increased chance of retention by “seeing, speaking, and doing” all at the same time.

Mike Parnell, president of ITI, says, “We use dynamometers for a host of reasons, butfour applications can be especially helpful to the rigger and crane operator. I chose the MSI-7300 for its lightweight design, large display, RF Remote Display capabilities, and industry-leading safety specifications.

Mike Parnell observes, “Crane and rigging accidents can be tracked back to a collection of events all happening at the same time. Having an accurate and continual readout of sling loading or gross load is a huge help to the riggers and lift director. Having the load and/or tension information in hand helps reduce the risk associated with load handling and lowers the opportunity for an accident.”

During a chain hoist load-drifting activity, the tension readout can help prevent equipment overload, since the horizontal distance, the horizontal angle, and the elevation are constantly changing. The rigger calculates for the worst-case drifting position but uses the Dyna-Link to ensure that he and the crew stay within the intended parameters.

With the MSI-8000 RF Remote Display, a Dyna-Link is very useful in a load up-righting event. Using an overhead crane, riggers often have to stand a load up from a laydown position. By using a Dyna-Link from the crane hook, the tension will generally lessen as the rigger hoists and trolleys to accommodate the load tilt-up. By observing the tension as it lessens, the crew can align a stepblock in a timely manner. A step-block or large wooden timber is used to create a new tipping axis. This helps prevent load “flopping” when the center of gravity passes the tilt-up corner.

A third valuable place to use a Dyna-Link is during disassembly or demolition work. If a rigging crew knows that a motor and gear box on a bolted and grouted base weighs 4,500 pounds, then the Dyna-Link can be placed between the crane hook and the load rigging to help prevent overload to the equipment. Sometimes the alignment rods or cement grout underneath the load’s base are not sufficiently separated from the base. In effect the base is still secured to the building’s floor. The Dyna-Link will provide a live tension readout to the rigging crew. If the value in tension exceeds the known weight, the crew will need to find ways to separate the base from its mounting location (by jack hammer, concrete saw, cutting torch, hydraulic spreader jack, or other means).
The photo at left shows a Dyna-Link between the hoist hook and the rigging.

A crane-hook-suspended Dyna-Link can be a helpful tool for training crane operators to be “smooth.” With the peak-hold function activated on the Dyna-Link, an operator can be signaled to lift a load, move it horizontally, and lower it to a preapproved landing point. It is not unusual for the dynamic weight to momentarily peak to a value of 10-50 percent above the known suspended weight. The peak-hold function maintains the highest captured reading on the dynamometer since it was last cleared. If the operator swings (boom crane) or travels (bridge crane) and stops abruptly, the dynamometer can register a very high peak value. It helps the trainer demonstrate to the operator the need to manage the crane speed, acceleration, and deceleration carefully. All of this type of dynamic handling needs to be well within the crane and rigging’s capacity, which is generally less than 25 percent of the allowable rating in its configuration.

Mike Parnell, president of Industrial Training International (ITI), has used MSI dynamometers in his basic-to-advanced rigging training courses for over 20 years. He states, “They’re the best tool for reinforcing the principles of rigging when it comes to confirming
tensions involved in horizontal and vertical load handling.” Students use the MSI-7300 dynamometer in every training module, both as a safety device and as a tool for verifying the theory taught in class. “The MSI-7300 is like a grading system for the students— it confirms the theory behind proper rigging.” Mike says he chose the MSI-7300 for its lightweight design, large display, RF remote-display capabilities, and industry-leading safety specifications.

Kyle McKinney, regional sales director for MSI, recently attended ITI’s Master Rigger Course. Kyle reports, “There was a common theme during discussion with the instructors—they loved the MSI-8000 RF Remote Display with the 7300 Dyna-Link 2. During the Mobile Crane Lifting module, the instructor placed the remote display in the crane cab. That allowed them to keep an eye on the load weight while also guiding students through their rigging exercises.” 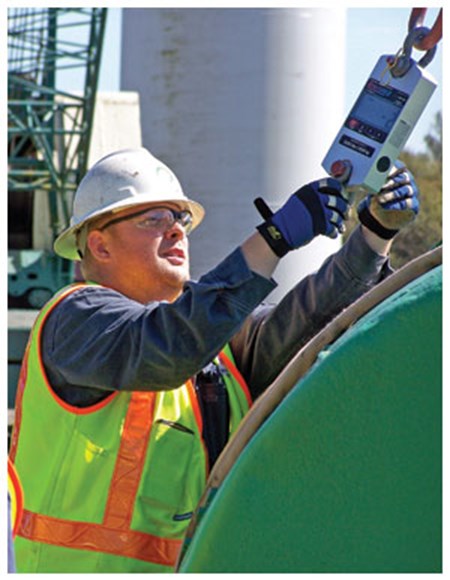 The rigger calculates for the worst-case drifting position, but uses the Dyna-Link 2 to ensure that the crew stays within the parameters intended. 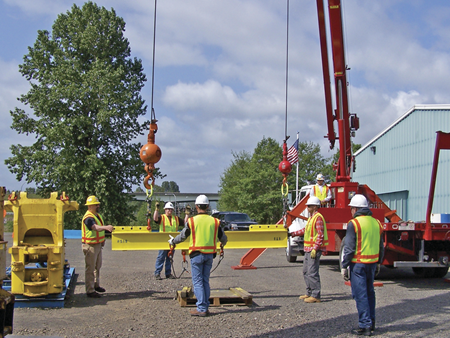 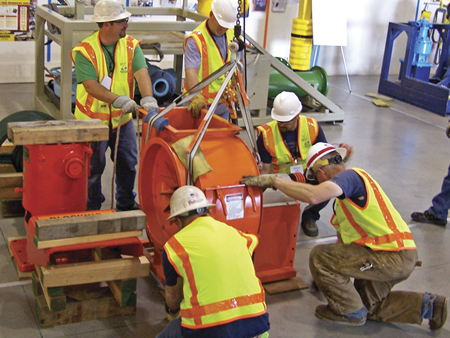 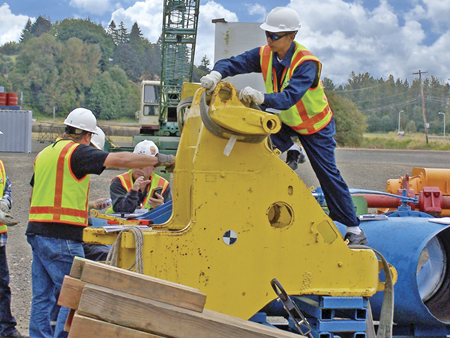 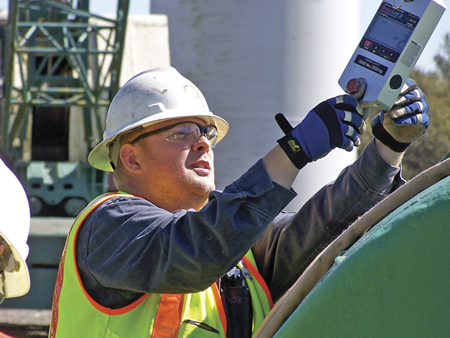 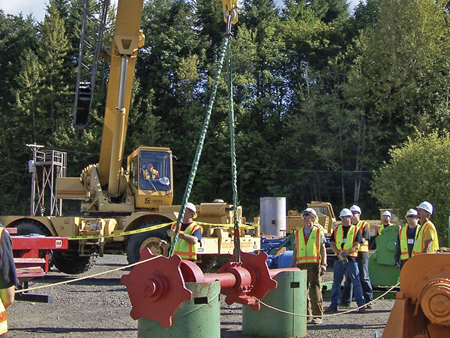 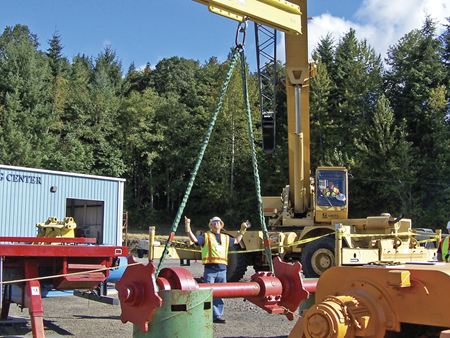 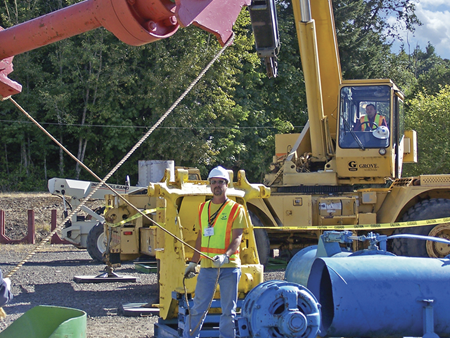 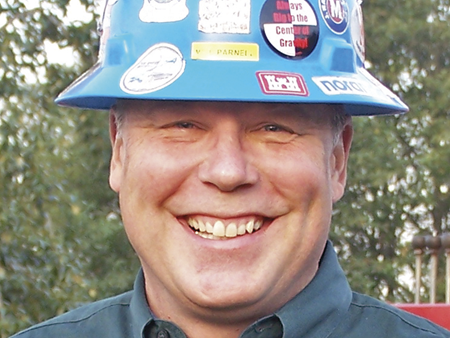 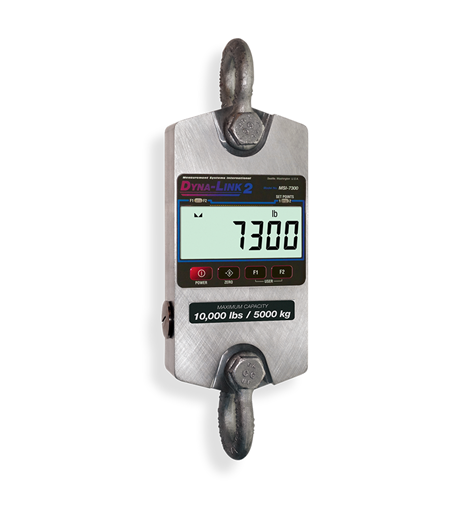 The MSI-8000 RF Remote Display is a full-featured remote display enabling operators to operate weighing systems from a distance not offering harm's way.