Many of us are on a constant search for new technology. At its best, technology can make our lives easier and, when properly used, it can even save us money. People are willing to endure the longest lines and the busiest press conferences for a glimpse of the latest iSomething. However, for residents of Puerto Rico, a trip to the local supermarket is all it takes to be surrounded by tech goodies.

Ralph’s Food Warehouse started in the clothing industry. The founder, Rafael Soto, decided to expand his business in 1993 by purchasing surrounding real estate—which happened to include a supermarket. The plan was to repurpose the space into a rental property, but Rafael was told if he wanted to buy the supermarket, he would get everything in it from boxes of Twinkies® to Carlos, the cashier. Since that first supermarket 19 years ago, Ralph’s has expanded to 12 stores sprinkled throughout the 3500-square-mile island.

In 2010, José Soto, vice president of Ralph’s and son of its founder, saw a need for store-wide technology upgrades. Hoping an influx of cutting-edge equipment would improve his already solid bottom line, José contacted José Vazquez at Multi-Business Systems (MBS). Vazquez, who specialized in point-of-sale equipment, was thinking about entering the scale industry. “We already had MBS’ system for the cashiers,” José Soto explains. “I told José Vazquez we need to get rid of our current scales.The main reason was service.” 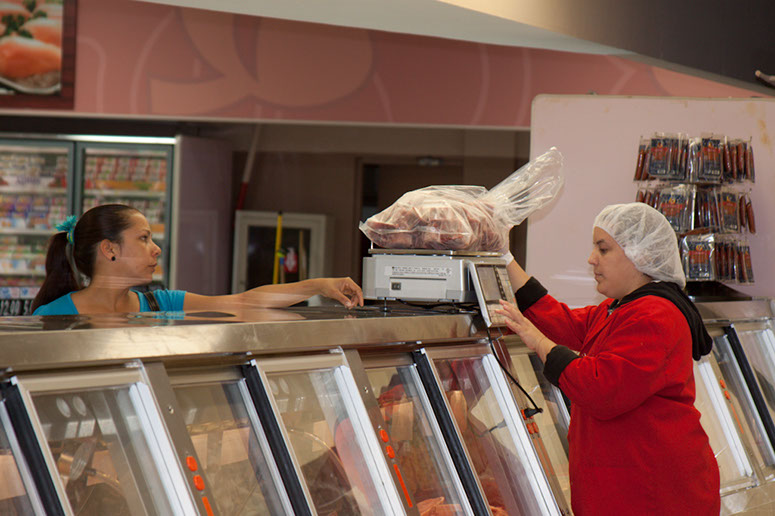 José Vazquez agreed. “I already had technicians at the store for our point-of-sale system, but any time there was a problem with a scale, we didn’t receive very good customer service. While we were waiting for the company’s service technician, I realized my guy was already working at the store on something else. If he could service the scales while he was there, it would kill two birds with one stone.” So, the two Josés went to the annual FMI food retail exhibition.

They were inundated with information from multiple manufacturers providing similar solutions to their problem. Although the Josés went to the show to see a competitor’s equipment, the Rice Lake/Ishida® booth caught their eye. Ishida, the retail industry partner of Rice Lake Weighing Systems, delivers quality retail products to U.S. markets. “The quality of the scale is really important, and Ishida’s quality provided a good option for my customers,” José Vazquez explained. “I could service the scales myself and it was easy to get any parts I needed from Rice Lake.” From the deli to the produce section, the meat room to the receiving department, Ishida scales steadily began replacing the aging scales in Ralph’s Food Warehouse.

Puerto Rico has no shortage of supermarkets and there are countless alternatives to Ralph’s, but they have separated themselves from the competition with a universal formula for success: QUALITY.

When new stores are not being built, Ralph’s existing stores undergo regular upgrades to keep the building modern and cost effective. That includes the latest in supermarket technology such as LED case lighting, electronic case valves, automated light-dimming systems, and a glycol loop that connects the cases to a fluid cooler. The stores also use the compressor’s heat to warm the water they use in the meat department. Ishida’s Uni-5 and Uni-7 contribute by utilizing dual-range weighing, which increases the accuracy of tare weights so potential revenue is not lost on food containers. Most retail scales weigh by 0.01 pounds, but the Uni-5 and Uni-7 have an additional range from 0-15 pounds where they weigh by a strikingly precise 0.005 pounds. This additional range captures otherwise lost pennies per transaction, which can add up to big money—especially for stores as busy as Ralph’s.

Because Ralph’s Food Warehouse appeals to a wide variety of clients, it is packed with more than just fresh meat and delicious produce. People flood the aisles, checkout lines, and especially the meat department, where in-house butchers work hard to keep the shelves stocked. Due to the high volume and emphasis on product appearance, three Ishida® WM-Nano tabletop wrappers and seven Ishida® fully automatic wrappers are used to wrap and label the products. José Soto explains why so many customers come to Ralph’s, “Other major chains process meat and package it somewhere else, then ship it to each store. By the time it hits the shelf, it is a few days old. We provide a fresh product that is cut and machine-packaged in the store every day.”

Each store runs on a wide range of technology provided by MBS. With Ishida scales added to his arsenal, José Vazquez has positioned the company as a complete one-stop retail product empire. The need for quality scales and service support in Puerto Rico has enabled MBS to grow this new segment of their business at a much faster rate than expected. With the support of Rice Lake, MBS has become a leader in retail scale technology in Puerto Rico. Now, with a single phone call to MBS, a supermarket can receive solutions for credit card processing, point-of-sale systems, warehouse inventory systems, accounting software, network installation and configuration, and store communication hardware and software. It is a huge benefit for the customer, but José Vazquez also sees the advantage on his end. “It is easier for me because I don’t have to remember who works in this part of the store and who works in that part of the store. Before we had Ishida scales, it would take up to a week to get service on a machine. Now, I can service everything in the store and usually get it back up and running the same day. When you factor in all the scales in the 12 Ralph’s, that’s a lot of time and money saved.” 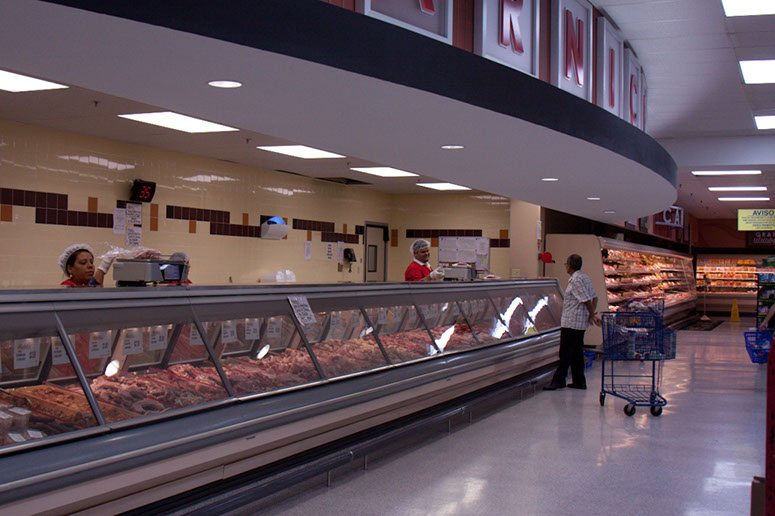 The future for Ralph’s is exciting. As they enjoy tremendous success and continue to expand, MBS implements every tool of technology to improve Ralph’s customer experience and the store’s effi ciency. From clothing store to Puerto Rican retail superpower, it has been quite a transformation for the Soto family business. “I’m glad we don’t sell clothes anymore,” José Soto laughs. “And I’m glad we found Rice Lake and Ishida that day at FMI.” 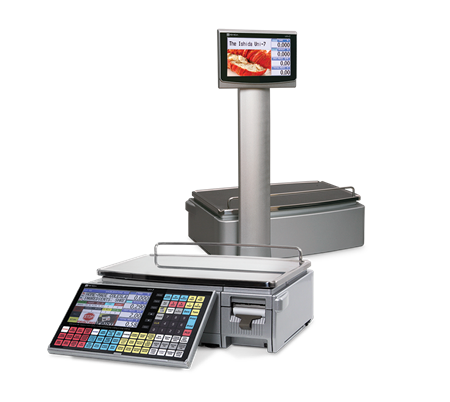 The complete Uni-7 Series price computing retail scale with printer and color touchscreen comes in a variety of highly-functional models. 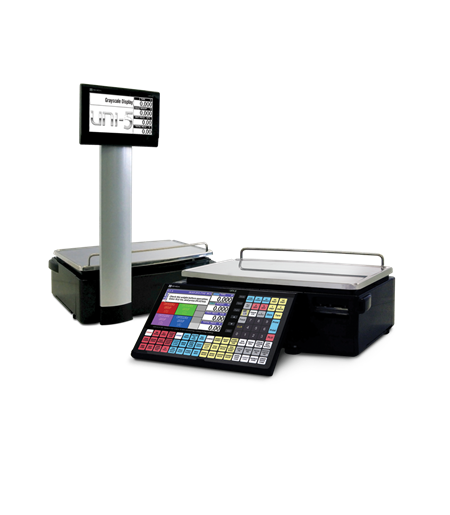