Rice Lake Weighing Systems has been a part of Wisconsin’s Barron County Fair since the 1940s, but today you won’t find Rice Lake in a booth. Instead, Rice Lake scales are put to work in the livestock barn.

Rice Lake Weighing Systems has been a part of Wisconsin’s Barron County Fair since the 1940’s, showcasing scales and weights from a canvas exhibit tent. Today you won’t find Rice Lake in a booth, but instead, right where you might expect a hard-working Rice Lake scale— the livestock barn.

Camped throughout the barns next to their animals are kids of all ages, all having spent the better part of a year preparing for the weekend’s events. Beef cattle, hogs, and sheep are all weighed in upon entry. From a starting weight taken in the spring, the new weight is used for calculating rate of gain, one factor considered in judging. Weighing several hundred animals is a task that requires plenty of volunteers and even more patience.

Not long ago, in an effort to modernize the fair experience, ultrasound evaluation was introduced to better determine the grade of the animal’s meat—a helpful tool for judges, exhibitors, and buyers, but difficult with the existing weigh-in process. As fair officials looked for ways to streamline weigh-in time, they turned to Rice Lake Weighing Systems for assistance.

Mark Johnson Jr. and Joe Grell of Rice Lake Weighing Systems, met with Larry Jerome and several livestock committee members. Before long, University of Wisconsin Livestock Professor Dr. Gary Onan, who performs livestock ultrasounds, and Dr. Doyle Wilson of Biotronics Inc., makers of ultrasound software and equipment, also joined the discussion. What followed was the development of Rice Lake’s first software to merge the technologies of Radio Frequency Identification (RFID), weighing, ultrasound, and meat classification. With all of these features linked to one main program, many are calling this the finest fair-scale system in Wisconsin—possibly in the United States. 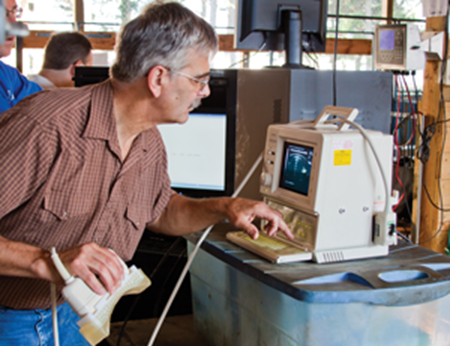 An animal enters the scale and is identified by an RFID ear tag. The operator waves the wand reader near the animal’s head while a computer with Rice Lake’s custom software pulls up the animal’s record, including the starting weight taken a few months earlier. As the animal boards Rice Lake’s livestock scale, the weight is read by a custom-programmed 920i® Indicator and shown overhead on a LaserLight™ Remote Display. Rice Lake’s software captures the weight and calculates rate of gain. Meanwhile, the animal exits the scale into the squeeze chute, where Dr. Onan performs a quick ultrasound. “I need the animal to hold still for at least a couple of seconds.” Rice Lake also re-engineered the squeeze chute with a custom swine lift to help keep the wiggliest pigs motionless for the process. He snaps the picture and carefully circles the loin eye with his mouse, which the Biotronics software uses to calculate the loin-eye area. Speaking directly to the Biotronics software, Rice Lake’s program calculates the grade of the meat and percentage of fat-free lean, also recorded in the system. All of this unfolds on several overhead monitors for parents and spectators to see. The anxious student is handed a printed ticket with all of this information, and animal and exhibitor are on their way. 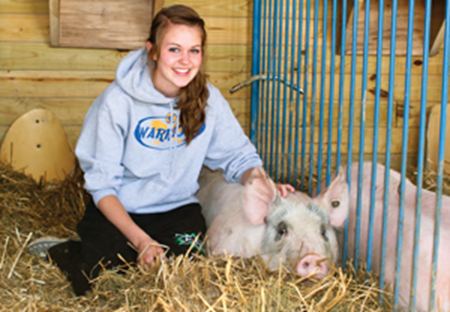 Dr. Onan performs ultrasounds for fairs across the state and country, but he’s never seen a setup like this. “I can scan and measure and scan and measure and not be waiting around. I am never waiting for an animal. At other fairs, most of the time I’m standing around as much as I’m working and that’s not efficient.” Between the beef, lamb, and swine divisions, almost 200 animals were weighed in just over seven hours, cutting the time by nearly half while collecting more information more accurately.

“A lot of fairs are using electronic IDs, and some are linked to the weight, but in a lot of cases they’re just reading it and hand-recording. In the typical fair scenario, I capture images and then have a helper entering IDs and weight into an Excel sheet. I sit down after I’m done scanning, measure the images, and export a text file into the spreadsheet. The electronic identification being linked to the weight and the scan data eliminates a huge source of error.”

Committee volunteers used to spend hours crunching numbers and compiling data. With all of the information in one program, printing out a spreadsheet for the weekend’s auction is a few clicks away. Auction-goers have information in hand for each animal including live rank, rate of gain, loin-eye area, back-fat depth, percentage fat-free lean, and quality grade: select, choice, or prime.
The equipment upgrade allows for safer, more humane treatment of the livestock, an increasing industry-wide concern. The volunteers’ jobs have gotten easier too. Having the results during the fair gives students more recognition for their work, making for a better exhibiting experience.

Swine Co-Superintendent Steve Sirek volunteers his time at the livestock exhibits, and remembers how things were not so long ago; a judge would make a decision about the animal at the live show. After the fair, that decision would be evaluated when the cut meat was inspected. Sometimes the two evaluations would match, sometimes they wouldn’t. That isn’t a problem now that ultrasound is being used.

Steve explains that this advancement is also helpful in the realm of biosecurity. In the past, kids were brought into the locker plants after the fair to view the carcasses, sometimes handling them. Now, that step isn’t necessary.

“This is the way the industry is going,” Steve adds. “When a farmer sells fifty pigs to market, they get scanned, and he gets paid based on the results of that scan.”

Steve talks about the benefits for the exhibitors. “In terms of the judging, the impact is for the kids. They have a lot more information about their animals after we’ve weighed and scanned them and printed all this out. They have better information about deciding which animal they want to have the judge rank. If they bring a couple of animals, they pick the one they think is the best.”

Dr. Onan understands the benefits of ultrasound beyond the fair. “One of the biggest single problems in the beef industry today is non-uniformity of product. There is a lot of variation, much more so than in the hog industry; little cattle and big cattle, well-muscled cattle and poorly muscled cattle. By using ultrasound to sort at marketing time you can decrease that variability a bit, which saves money through the whole marketing chain.”

The impact is huge for breeders, too. “Ultrasound has been done in the swine industry since the late 1970s. In the past ten years or so, the cattle industry has grabbed this technology and run with it. Many of the top breed organizations now do genetic evaluations on bulls and heifers using ultrasound scans.” Dr. Onan describes a flat line of progress during the genetic-based assessment of the ’70s and ’80s, and a major upward trend after ultrasound came into use. “We’ve seen tremendous improvement in carcass merit for those breeds now.”

Livestock committee member Larry Jerome, whose family helped found the company known today as Jennie-O Turkey Store, was instrumental in bringing Rice Lake on board. He jokes, “My life is a 4-H project.” But in all seriousness, the value to him is teaching. “It helps the student and parents understand how they ended up where they ended up, and what they need to do to make their animal more viable. This is the standard that is basically being adopted by the major industries, and we’re just trying to become more cutting edge. We were fortunate to find a business like Rice Lake Weighing Systems who has that same type of vision. It’s allowed us to do things that normally a lot of other fairs couldn’t.” 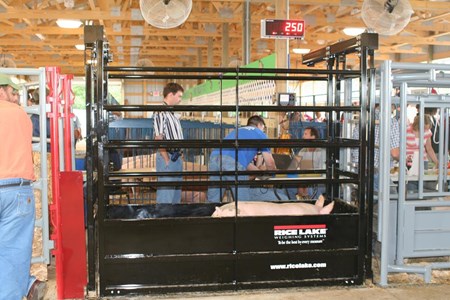 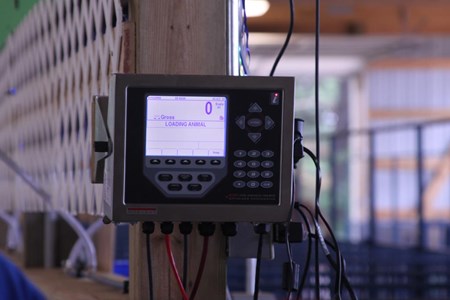 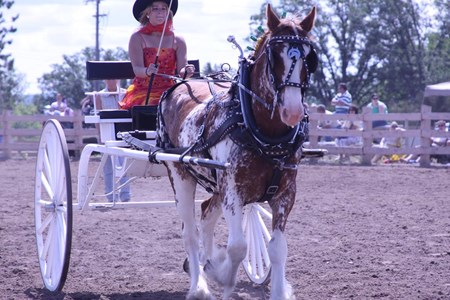 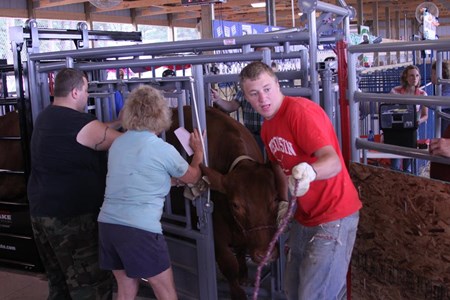 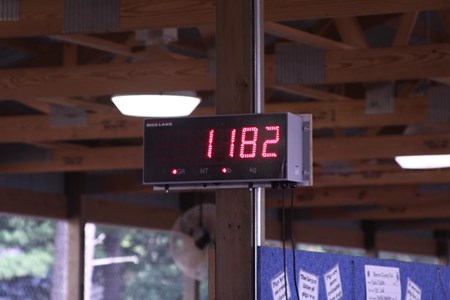